This week, the full House and Senate will consider bills to reauthorize the Elementary and Secondary Education Act (ESEA). The Senate will begin debating and amending the Every Child Achieves Act (S. 1177), a bipartisan measure that was passed unanimously by the Senate Health, Education, Labor and Pensions (HELP) Committee in April. The House is scheduled to complete its work on the Student Success Act (H.R. 5), which has languished for months after debate originally was started on the House floor in February.

As we previously reported, the Senate’s Every Child Achieves Act is the product of bipartisan negotiations between HELP Committee Chairman Lamar Alexander (R-TN) and Ranking Member Patty Murray (D-WA). Notably, the bill includes a provision, based on an amendment sponsored by Sen. Tammy Baldwin (D-WI) during the committee markup, requiring the reporting of student attainment of CTE proficiencies on state and school report cards. This information is already collected under the Perkins Act, so this provision will provide parents, teacher and policymakers with information on student achievement in CTE without creating new reporting burdens. Other CTE-related issues that will likely be considered during the amendment process on the Senate floor include promoting teacher professional development focused on integrating academic and CTE content in the classroom, expanding college and career guidance programs, supporting career exploration in middle grades, and encouraging states to adopt college and career readiness performance indicators in their accountability systems.

Read more about ACTE’s thoughts on CTE in the ESEA bills here.

The phrase college and career readiness is used constantly, along with an assumption that there is a common understanding of what this term means or aspires to achieve for students, employers and our nation. Yet, when you start to unpack the term, what becomes crystal clear is that there is no clarity.  While there is some agreement that college readiness means preparation for credit-bearing, college-level coursework without the need for remediation, such agreement doesn’t exist when defining career readiness. And it all gets even less clear if you ask people to explain college and career readiness as one term, not two.

Cletus Andoh and Radcliffe Saddler are just two of 3.3 million students across the country who are celebrating their recent graduation from high school, but their path to a diploma was unlike that of most of their peers. Because of that difference, they will spend Tuesday at the White House discussing the future of education reform for the “Celebrating Innovations in Career and Technical Education” event as part of Michelle Obama’s Reach Higher initiative.

Andoh, 17, who will continue his education at Syracuse University in the fall, and Saddler, 18, who’s beginning his career as an associate analyst for IBM Market Development and Insights, are two of six students who make up the first graduating class of P-TECH, a public school in the Crown Heights section of Brooklyn, formally known as the Pathways in Technology Early College High School.

On a party-line vote of 16-14, the Senate Appropriations Committee approved its Fiscal Year (FY) 2016 Labor, Health and Human Services, and Education (Labor-HHS-ED) appropriations bill on Thursday, following on the heels of House appropriators who passed their own version of the bill out of committee on Wednesday. Like in the House, the Senate bill also proposes level funding for the Perkins Basic State Grant at $1.118 billion, with a slight cut in Perkins National Programs ($3 million in the Senate compared to $3.6 million in the House version).  The committee chose to maintain state grant funding for CTE despite tight FY 2016 budget caps, and a $1.7 billion cut in education funding overall in their bill.

Trying to find qualified people to teach career and technical education programs has become such a problem in Michigan that some advocates want the state to relax the certification rules temporarily to widen the pool of candidates.

“We are at a very critical point,” said Bill Miller, the executive director of the Michigan Association of Intermediate School Administrators. “We’re closing programs … because we cannot staff these programs with qualified people.” 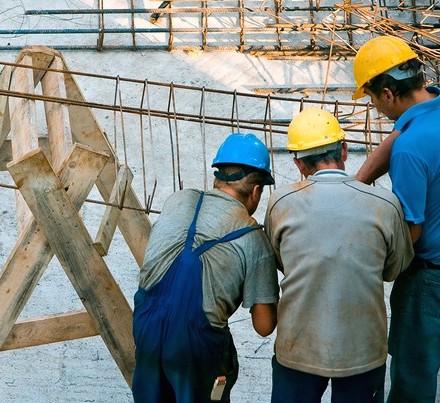 The immediate effect of the skilled worker shortage impacting the U.S. construction industry for the last two years was a slowdown in work. Demand rose and backlogs increased as firms struggled to find enough workers to tackle new jobs.

But now, a new wrinkle is being pointed to by a development executive. Lydia Tan, senior vice president of development at real estate investment advisory firm Bentall Kennedy tells GlobeSt.com the labor shortage has led to “drastically rising construction costs.”

Labor market economists project that by 2020, two-thirds or more of all jobs will require some postsecondary education — either a certificate, a credential or a degree at the associate level or higher. At present, however, the Southern Regional Education Board’s analyses of educational attainment data suggest that millions of young Americans are being left behind in the transition from high school to college and well-paying jobs. Significant numbers will never graduate, and many who do go on to college will not complete a credential with value in the marketplace.

Credentials for All: An Imperative for SREB States, the report of the SREB Commission on Career and Technical Education, offers a powerful solution to this problem: Provide more than one pathway to college and careers.

Manufacturing jobs have a reputation—and it’s often not complimentary.

The clichéd image of a manufacturing job is of dirty, backbreaking, low-paying labor. And women need not apply—it’s an industry dominated by men. But separating fact from fiction about the actual people behind the welder’s mask and on the assembly line can be tricky.

One of the above statements is true, but only one. Do you know which?

Many of the region’s manufacturers and workforce training programs recently joined forces to get out the message that they have jobs to fill — for applicants with the right skills.

“The crisis right now is not having the people to fill the manufacturing jobs that we have,” says Ken Madden, vice-president of sales and marketing for employment agency Madden Industrial Craftsmen. “Manufacturers are adjusting their production based on those shortages,” he says, “that’s not good for manufacturers or the state.”

It’s clear that our economy — even as we bounce back from the recession — isn’t working for everyone. Too many Americans are struggling to get by. Too many have seen their jobs shipped overseas. Too many are unemployed and underemployed. Too many graduate from college with crippling debt or avoid college altogether because of rising costs.

If our nation is going to get ahead and stay ahead, we need to create many paths to good jobs in this 21st-century economy. Career and technical education programs in high schools are promising pathways, giving young people marketable skills and training for well-paying, middle-class jobs.

Perkins Career and Technical Education
Create a free website or blog at WordPress.com.